Mrs. Pope conceived and is the sole funder of “Debt of Honor,” a PBS documentary by award-winning filmmaker Ric Burns, that illuminates the history of disabled veterans from all American conflicts.  Told by scholars, veterans, advocates, health professionals, and, most importantly, disabled veterans themselves, the film is a compelling history lesson.  It is a poignant look at the challenges faced by those whose bodies and minds have been forever altered by war, and an urgent call to action to all Americans to express our gratitude to them and ensure that they are never marginalized or forgotten.  Which leads to Mrs. Pope’s new dream in life: to have this film be a standard part of every high school curriculum. 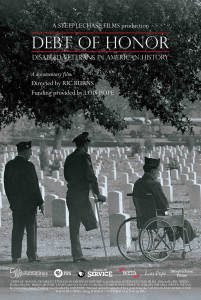 VA the Human Cost of War 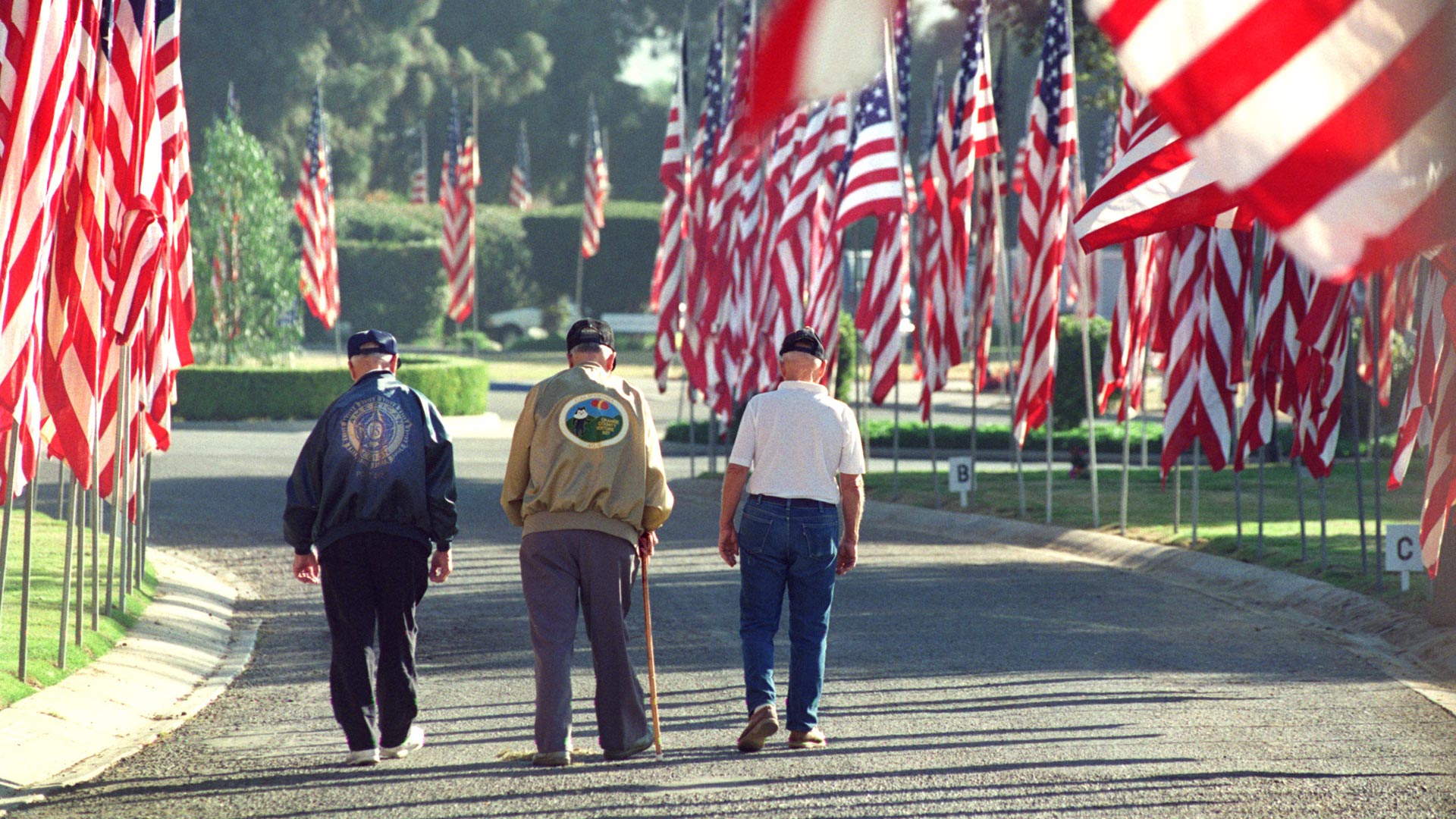 Made For Each Other

A HISTORY OF THE BOND BETWEEN HUMANS AND DOGS

“When you think about the relationship between humans and dogs, there is no other relationship like that anywhere else in the animal kingdom.  Nothing even closely resembles it.”
James Serpell, University of Pennsylvania

“Humans owe dogs everything.  I mean, really, everything:  all of civilization; cities; money.   If there’s something that is important to you, thank a dog.”
Greger Larson, University of Oxford 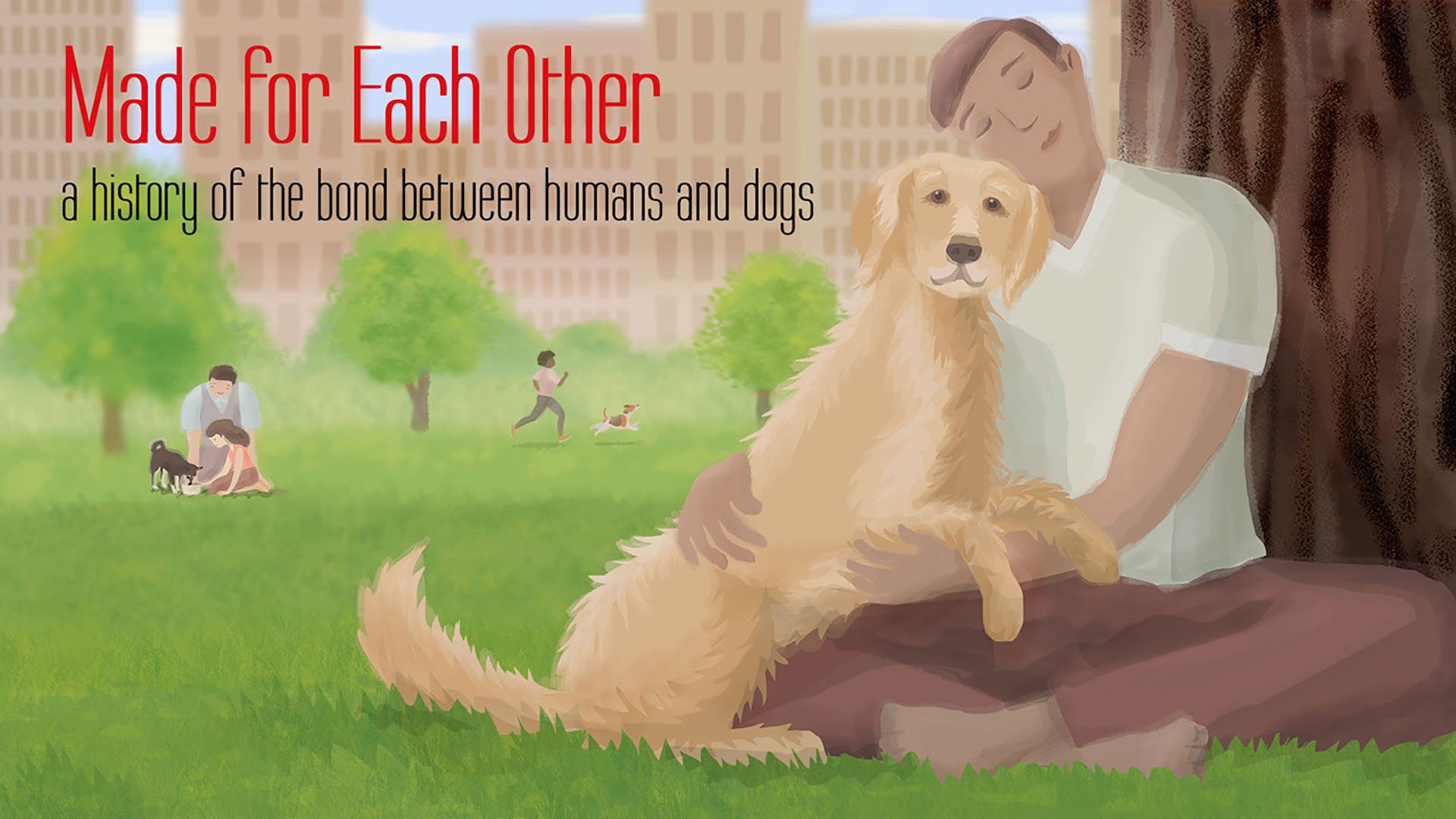 Made For Each Other Trailer

The human-canine bond is unique in nature, not only one dating back to the origin of both species but one that continues to shape how both live and feel, work and play today.

Now, for the first time, that distinctive and unparalleled bond is illuminated on film. Made for Each Other, a quietly rhapsodic, insightful, and deeply engaging exploration of the primordial relationship between dogs and human beings — canis lupus familiaris and homo sapiens — premiers on Amazon on June 5, 2019.

“Few topics are as moving, joyous, surprising and rich as the bond between humans and dogs,” said Mr. Burns, who explained that the 60-minute documentary film explores the origins of the relationship with dogs and the evolutionary, biological and social changes in both species that have shaped that relationship over time.

Mrs. Pope, who has adopted more than 20 dogs, echoed these sentiments. She said that, “as I know both from personal experience and in the work I do with animal welfare organizations, the bond between humans and dogs is one cemented by unconditional love.  That’s one of the reasons that dogs are always referred to as ‘our best friend.’ Yet, even though I know this to be true, I always wanted to know why.  And what Made for Each Other does so well is answer that question in such a moving and insightful way.”

Featuring intimate, insightful and riveting footage of dogs and human beings at work and play — shot in diverse locations across the United States, including research laboratories, kennels, rescue shelters, training facilities, hospitals, convalescent homes, game preserves, dog runs and backyards from Alaska to Atlanta and beyond – the film is a loving and clear-eyed exploration of this most moving and important of all intra-species relationships.

Made for Each Other considers how humans think about dogs and what we know about how dogs experience the world around them, revealing their remarkable biological features, cognitive capacities and communication skills, all of which have contributed to their ability to “come over to our side” — to accommodate themselves to life with humans.

The film illuminates some of the ways in which dogs have increasingly become a source of fascination for scholars across a variety of disciplines, including archaeology, genetics, psychology and sociology, and details the latest scientific investigations that expose the complexity and depth of our relationship with dogs, making it clear that the more we learn about dogs, the more we understand about ourselves.

Made for Each Other combines powerful, on-camera interviews, beautiful live cinematography, elegant animated sequences and historical photographs and footage to bring to life the story of the co-evolution of our two species.  The film’s on-camera interviewees, all leading experts in their fields, include Greger Larson, Brian Hare, Alexandra Horowitz, James Serpell, Gregory Berns, Adam Boyko, Patricia McConnell, Katherine C. Grier and David Grimm.

Made of Each Other is produced and directed by Ric Burns and Bonnie Lafave; the Executive Producer and chief creative partner is Lois Pope.   It is edited by Mikaela Shwer and Emily Williams, with cinematography by Anthony Savini and Buddy Squires.

The film was finished in HD, 1920/23.98p.  The mix is stereo but can be remixed 5:1. The film is intended for the widest possible audience – cleared for broadcast and digital distribution worldwide.