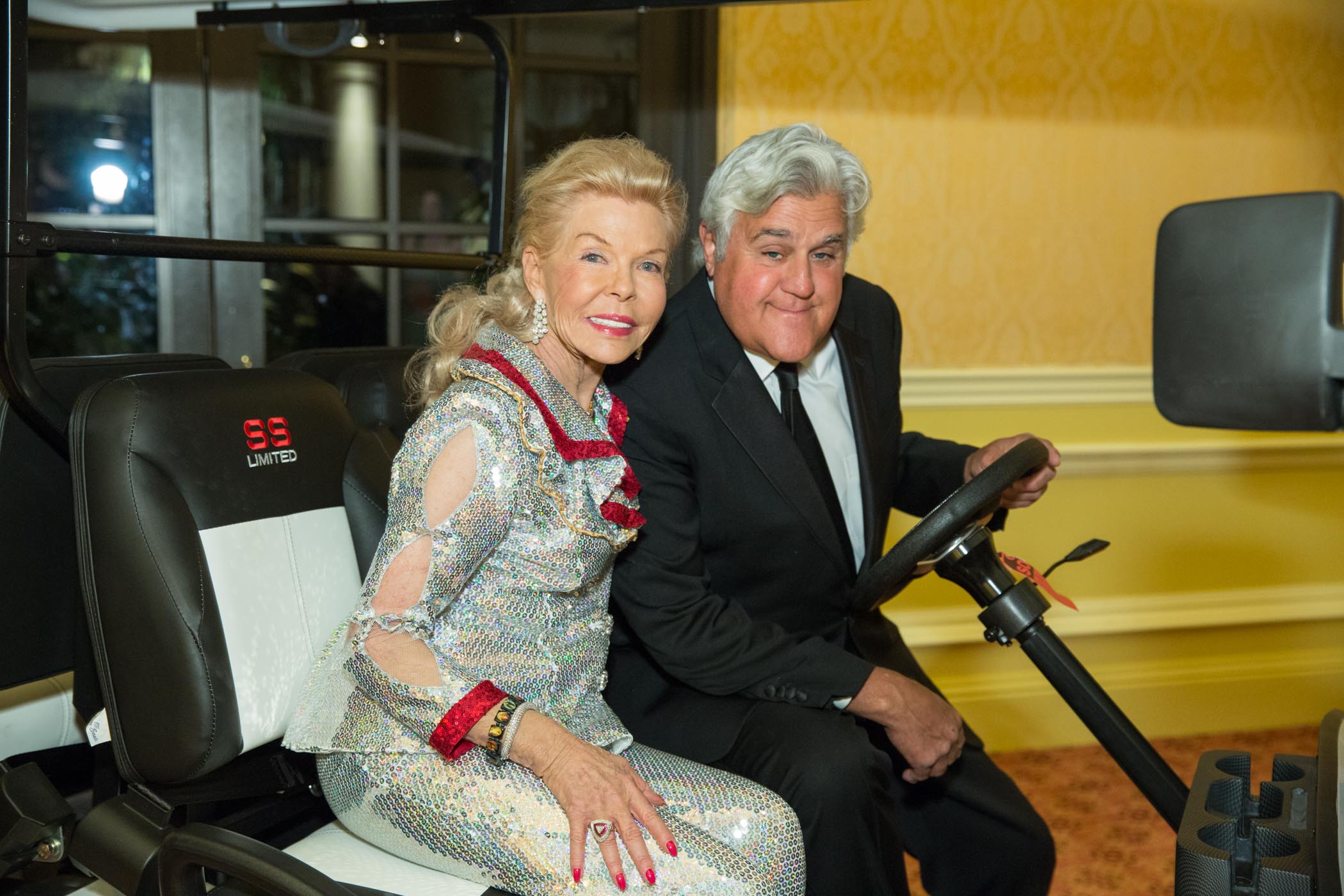 Posted at 13:26h in News by lifeadmin

(Palm Beach, FL) – Jay Leno had them rolling in the aisles with laughter and the Beatles tribute band, The Fab Four, along with the multi-talented Soul Survivors Band, had them dancing in the aisles (and on the dance floor) at LIFE’s 24th Annual Lady in Red Gala on January 5th at The Breakers in Palm Beach.

Nearly 600 leading social “movers-and-shakers” gathered for the “Over the Moon Vegas to Palm Beach Sizzling Star-Studded Night of Entertainment” – as the gala was dubbed.  And nary a one left without remarking that it was an amazing night, perhaps the best Lady in Red gala yet!

Indeed, this year’s Lady in Red raised more than $1 million for American Humane to support its myriad initiatives, including its programs helping military veterans with PTSD and those that rescue and shelter, and treat dogs, cats and other animals during natural disasters.

The “night of stars” began with cocktails and hors d’oeuvres in the Venetian Ballroom, where guests were serenaded by the Palm Beach Symphony and were joined by the affable Leno who joined in the fun and posed for photos.  This was followed in the Ponce De Leon Ballroom by brief remarks by Mrs. Pope – hilariously interrupted by Will and Anthony Nunziata, the handsome and talented twins who joined the “hostess with the most-ess” in leading the audience in rousing renditions of Frank Sinatra’s “Fly Me to the Moon” and Cole Porter’s “De-Lovely.”

Mrs. Pope then honored Dr. Robin Ganzert, president and CEO of American Humane, for her tireless work on behalf of animal welfare and well-being.  A magnificent specially-prepared dinner – a unique take on “surf-and-turf” – followed.

Mrs. Pope introduced Mr. Leno, who drove into the ballroom in a special souped-up and tricked-out street-legal golf cart that he had autographed and later auctioned off.  His 35-minute stand-up routine hit upon current political and social news and family stories – all to raucous laughter and applause.  He then joined with another Jay – the noted auctioneer Jay Zeager – to lead the auction.  In addition to the golf cart, Mr. Leno also auctioned off a dozen private tours of the legendary garage that houses his car and motorcycle collection.  He also auctioned off the Sharpie marker he used to autograph the gold cart.

Other items in the auctioned were:

The highlights continued immediately following the auction, when a spot-on “Ed Sullivan” impersonator took to the stage to introduce The Fab Four – vividly reminiscent of how the real Ed Sullivan introduced The Beatles to America!  Everyone was on their feet dancing and singing along as the Fab Four made its way through the hit songs of the greatest band of all time!

And the evening was capped by a scrumptious, unique ice cream sundae dessert, and dancing to the music of the Soul Survivors Band.

The Lady in Red Gala is considered the kick-off event of the Palm Beach philanthropic season.  Each year it raises more than $1 million for a designated charity.   Over the years, LIFE and its patrons have supported, among more than a dozen other initiatives: