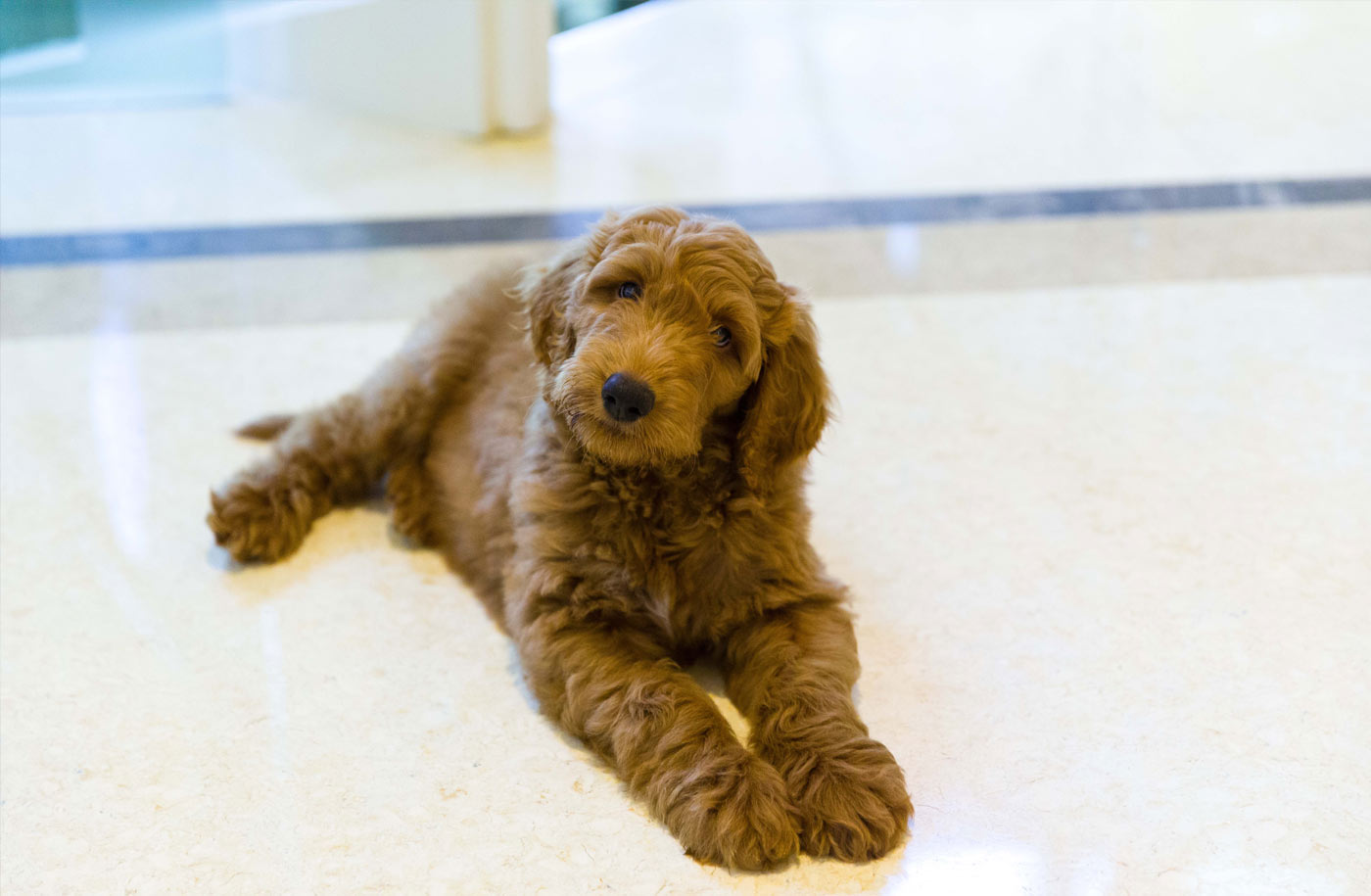 08 Dec A Puppy For The President-Elect

Posted at 14:38h in News by lifeadmin

Noting that it is a “long-standing American tradition to have a ‘First Dog’ in the White House,” distinguished philanthropist and acclaimed animal welfare advocate Lois Pope said she intends to present President-Elect Trump, whom she has known for more than three decades, with a “puppy worthy of the Presidency.”

Indeed, this past Saturday (Dec. 3, 2016) at the 23rd Annual Lady in Red Gala that she hosted through her LIFE (Leaders in Furthering Education) Foundation, Mrs. Pope introduced the two-and-a-half-month-old Patton to the crowd of more than 600 at the Mar-a-Lago Club, the Trump estate in Palm Beach.

Patton, a “Goldendoodle” (a mix of a Golden Retriever and Poodle), is the offspring of American military hero service dogs. He is named for the legendary General George S. Patton, a man who Mr. Trump has repeatedly said he considers one of the greatest military men in U.S. history.

Prior to formally introducing Patton at the Lady in Red Gala – which raised more than $1.1 million to support various initiatives under the aegis of the American Humane organization, including the Center for Military Affairs and American Humane Rescue programs endowed in Mrs. Pope’s name – the Manalapan, FL resident had given Mr. Trump a certificate noting the “Presidential Puppy” presentation. The certificate was given to Mr. Trump at Thanksgiving dinner at Mar-A-Lago.

“From President Washington to President Obama, the White House has always been home to our four-legged friends, and we look forward to Patton upholding this long-standing American tradition to have a ‘First Dog’ there,” said Mrs. Pope at the Lady in Red, the gala that usually kicks off the annual Palm Beach fundraising season. “Because Patton comes from a military hero service lineage and is a Golden Retriever and Poodle mix, he’s loyal, super intelligent, and will make the perfect dog, protector and friend for the President.”

In addition to her love of animals, Mrs. Pope is one of the nation’s foremost supporters of military veterans. She conceived and spearheaded the building of the American Veterans Disabled for Life Memorial, the nation’s first permanent public tribute to our four million disabled American veterans. The three-acre memorial, sitting 1000 feet from the U.S. Capitol building in Washington, DC, was dedicated on Oct. 5, 2014.

Mrs. Pope is currently advocating to have that date be officially designated as American Disabled Veterans Day, a day where all Americans can give pause and express their support for the men and woman who sacrificed parts of the bodies, organs and mental and emotionally well-being in defense of our freedom.

She also supported legislation with American Humane passed in November 2015 that mandates the return of retired military dogs, many of whom served on the front lines of battle in Iraq and Afghanistan, to U.S. soil so that they can be reunited with their human handlers. Moreover, under the auspices of the Lois Pope LIFE Center for Military Affairs at American Humane, she created the Canine Medal of Courage, commissioned America’s first National Hero Dog Monument, and endowed the Military American Hero Dog of the Year – all to honor these four-legged heroes.