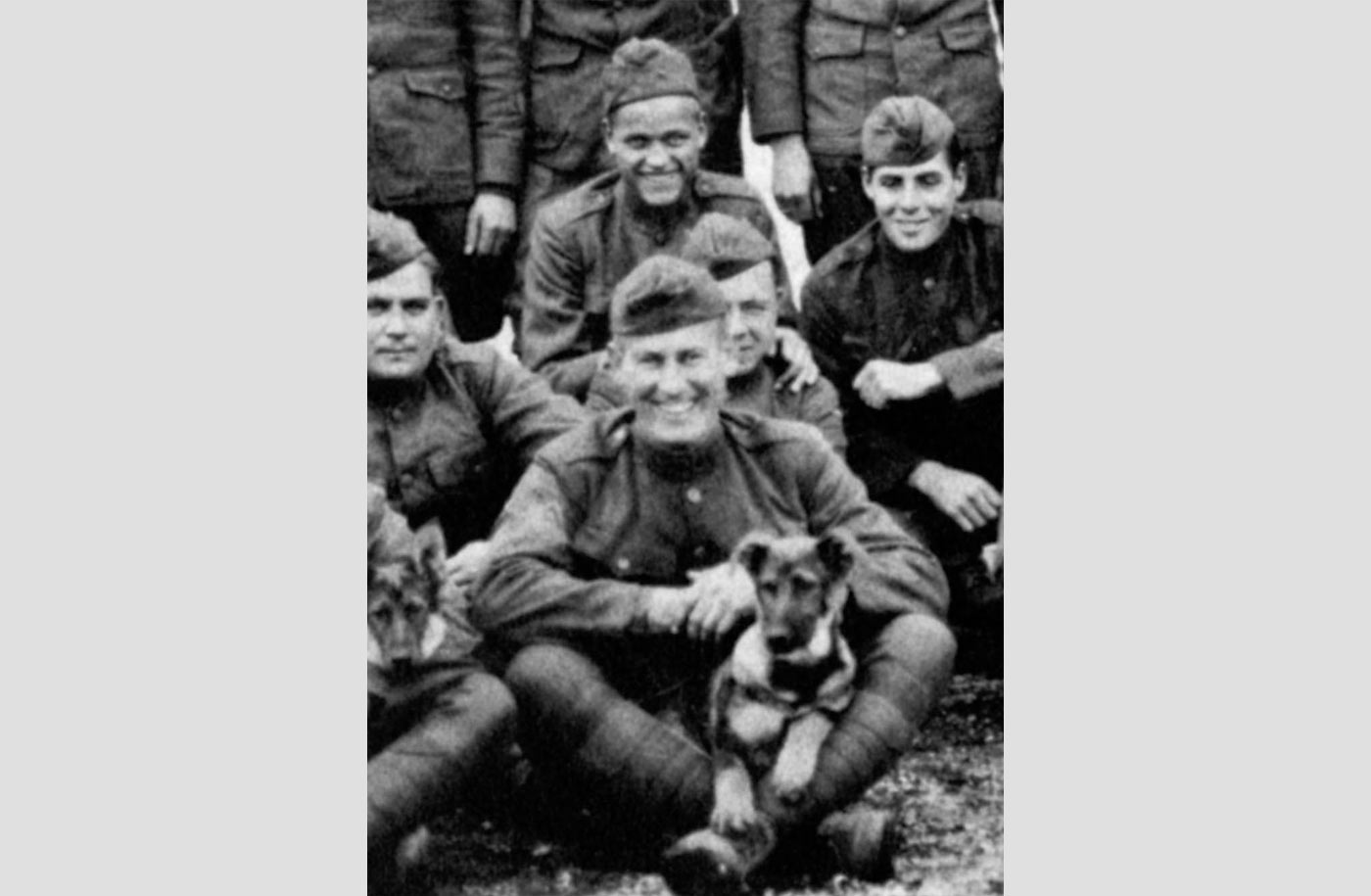 Posted at 13:54h in News by lifeadmin

There are some 2,700 dogs currently in active military service and about 700 who have been deployed overseas, according to the U.S. Department of Defense. Like the many thousands who served in the military dating back to World War I, these courageous canines provide comfort and companionship to our troops, detect explosive devices, carry out life-saving tasks, search areas that cannot be accessed by soldiers themselves, do sentry and scout work, and even shield soldiers from flying bullets — it is widely estimated that each military dog saves the lives of up to 150-200 service men and women. Just as with our human warriors, these dogs get injured, even killed, in combat; many suffer emotional and psychological consequences of war, such as post-traumatic stress. But, for the most part, military dogs have not been given the credit due to them for their heroic acts on and off the battlefield.

Nationally prominent philanthropist Lois Pope and American Humane are setting out to change this and bestow upon them the honor they deserve. They are launching a coast-to-coast effort to design the first American Military Hero Dog Monument, calling on professional and amateur artists, sculptors, designers, veterans, and even ordinary people to conceive of a permanent physical tribute honoring all military dogs for their valor. When completed, the monument will be the first of its kind in Washington, D.C.

The effort will be formally announced at the sixth annual American Humane Hero Dog Awards® on September 10th at the Beverly Hilton Hotel in California.

“Dating back to the early part of the 20th Century and the service of America’s original hero war dog, Sergeant Stubby, dogs have served valiantly alongside our troops in wars and conflicts around the globe,” said Mrs. Pope. “While a handful of these animals have been decorated, it is time that a monument forever sits in our nation’s capital to honor them for their heroism. At the same time, we want this monument to educate people of the essential roles that dogs have undertaken in service to America and to remind us that bravery in uniform comes on both four and two legs.”

Dr. Robin Ganzert, president and CEO of American Humane, added, “Soldiers have been relying on these four-footed comrades-in-arms since the beginning of organized warfare and today military dogs are more important than ever in keeping our service men and women safe. At American Humane, which has been working with the U.S. military and military animals for 100 years, we feel it is time to recognize and honor the extraordinary feats and acts of devotion these heroic animals perform every day.”

The national design search will operate under the aegis of American Humane’s Lois Pope LIFE Center for Military Affairs. Endowed by Mrs. Pope in 2015, the Center is the first of its kind in the world and comprises an array of treatment, support and research programs and services that help military K-9 teams on and off the battlefield — facilitating reunions of military dogs and handlers, sending vitally needed care packages to active duty military dog teams; providing veterinary care for retired war dogs; helping returning veterans cope with the hidden wounds of war by providing them with service dogs; conducting groundbreaking research on the important role these service dogs play; and helping children and families of deployed parents with animal-assisted therapy teams.

Earlier this year, Mrs. Pope and American Humane created the American Humane Lois Pope LIFE K-9 Medal of Courage, an honor conferred upon military hero dogs who have performed extraordinary service for our country. The inaugural four recipients were honored at a ceremony on Capitol Hill attended by dozens of members of Congress and top military leaders.

The American Military Hero Dog Monument design search is open to all U.S. citizens. Interested parties must submit their designs online via www.Americanhumane.org/military-dog-monument by December 31, 2016. A panel of distinguished judges will choose the finalists, whose designs will be unveiled at the American Humane’s annual Palm Beach luncheon on March 8, 2017. America will then have the opportunity to weigh in on the finalists’ designs. Mrs. Pope and American Humane have sole rights to approve, reject and select design submissions.

The winner, if able and approved by American Humane and Mrs. Pope, may be commissioned to sculpt the monument. Otherwise, an artist will be appropriated a commission to skillfully craft the designed monument. The American Military Hero Dog Monument will be unveiled in Washington, D.C. at a location and date to be determined.

About the Lois Pope LIFE Center for Military Affairs
Lois Pope’s commitment to veterans and animals is embodied in her endowment of the Lois Pope LIFE Center for Military Affairs under the aegis of American Humane Association. The Center, the first of its kind in the world, comprises an array of treatment, support and research programs and services to cement the bond between the two- and four-legged heroes who have served in our country’s Armed Forces. The Center is the latest manifestation of her leadership on behalf of American Humane Association; she is also the presenting sponsor of the annual American Hero Dog Awards.