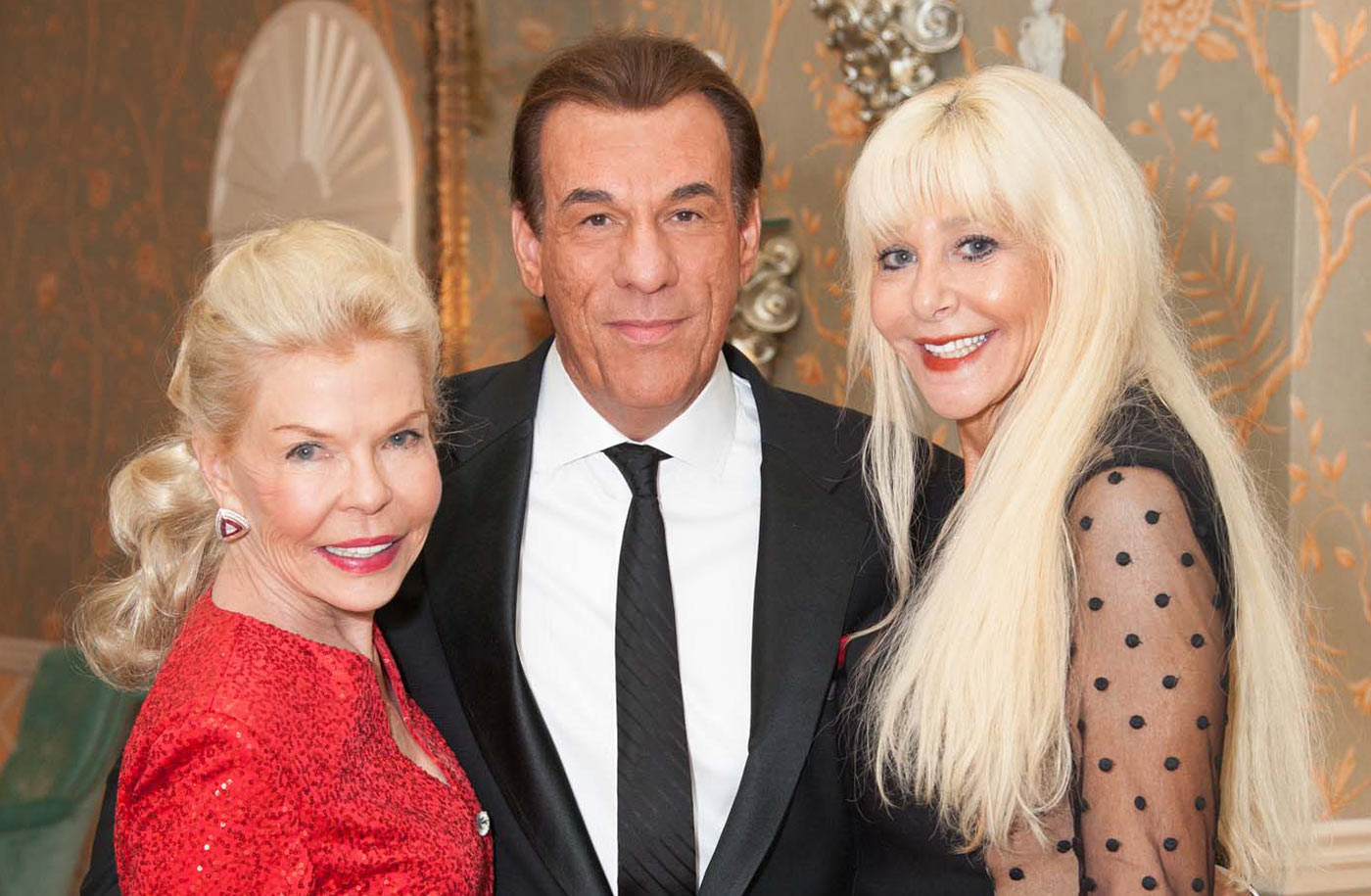 Posted at 11:53h in News by lifeadmin

Palm Beach, FL — On March 23, 2015, in the Royal Room of The Colony Hotel in Palm Beach, Lois Pope treated close to 100 friends and supporters of LIFE to an Epic Evening as a special “thank you” to all who supported LIFE throughout the season.

Star of stage and screen, Robert Davi, serenaded the crowd with the hits of Frank Sinatra in what was a spectacular performance. LIFE’s long-time board member and entertainment chairwoman, Sunny Sessa, introduced and presented Robert Davi for this private concert.

Guests began the evening with cocktails by the pool, followed by a three-course dinner before Lois Pope, Dr. Robert Mackler, and Jan and Chip Malley lead a sing-a-long with guests to the tune of “The Way You Look Tonight” and “It’s De-Lovely.”

Robert Davi, the featured performer, is an award-winning actor, screenwriter, director, producer and jazz vocalist. From his portrayal of the opera singing baddie in “The Goonies” and one of the most popular James Bond villains Franz Sanchez in “Licence to Kill” to FBI Special Agent Big Johnson in” Die Hard” or Al Torres in “Showgirls” to most recently Leo Marks in “The Iceman ” Robert Davi is one of the film industry’s most recognized tough guys. He has also starred in the small screen in hit shows like Profiler, Stargate Atlantis, Criminal Minds and CSI. Robert Davi is also one of the top vocalists of our day in interpreting the Great American Songbook. His debut album Davi Sings Sinatra- On the Road to Romance produced by Phil Ramone shot to number six for more than several weeks on Billboard’s Jazz Charts.

Lois Pope, president and founder of LIFE and the board of directors of LIFE are currently planning for LIFE’s 22nd Annual “Lady in Red” Gala, “Masquerade Risque.” This exciting event is scheduled for Saturday, December 5, 2015 at The Mar-a-Lago Club, Palm Beach with entertainment by hilarious stand-up comedian Howie Mandel and musical performance by the sensational Will and Anthony Nunziata. All proceeds from the evening will benefit LIFE’s partnership with American Humane Association.

About Lois Pope, The Lois Pope LIFE Foundation, Inc., & LIFE (Leaders in Furthering Education)
As one of America’s leading philanthropists, Lois Pope has positively impacted the lives of individuals at the local, national and international levels. She has established three different organizations dedicated to helping those in need. These organizations are the Lois Pope LIFE Foundation, Inc., Leaders In Furthering Education (LIFE), and the Disabled Veterans’ Life Memorial Foundation. Over the last 20 years she has been the driving force behind the Lois Pope LIFE Center at the University of Miami School of Medicine, The American Veterans Disabled for Life Memorial, a summer camp program serving thousands of underprivileged children and a groundbreaking new program with American Humane Association in Palm Beach County. Lois Pope has recently donated two Lois Pope Red Star Vehicles. Each rescue vehicle is a 50-foot long response unit, complete with a Ford F-350 truck and trailer, which is specifically designed and outfitted to provide an array of emergency services within the region.