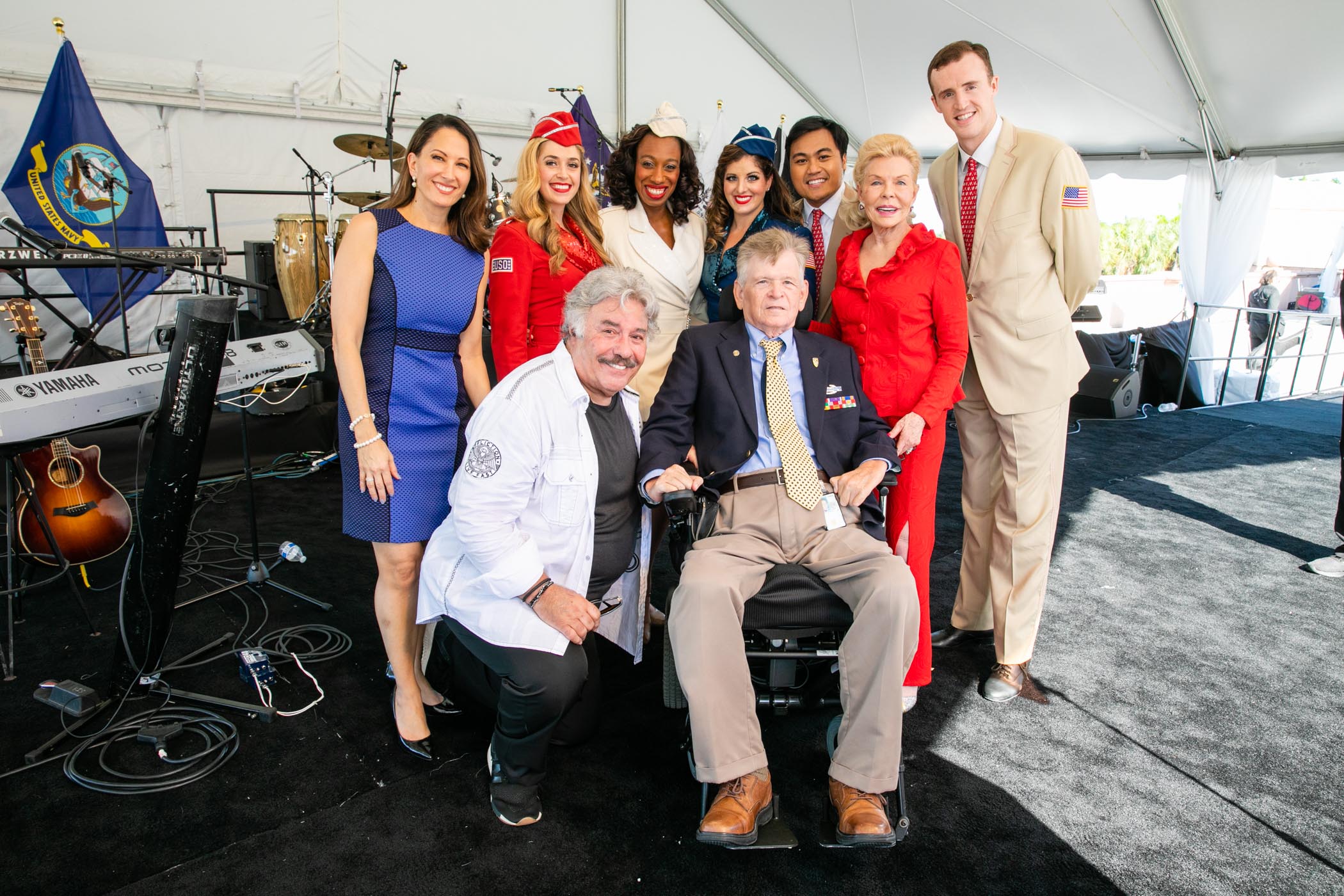 Posted at 14:40h in News by lifeadmin

West Palm Beach, FL (October 10, 2018):  Thanks to Florida philanthropist and disabled veterans advocate Lois Pope and the Lois Pope LIFE Foundation, women and men who served in the nation’s military dating back to World War II and who sacrificed to protect America’s freedoms and ideals were treated to a free concert by music legend Tony Orlando on Friday, October 5 at the West Palm Beach VA Medical Center.  The occasion was the 2nd Annual National Day of Honor for American Veterans Disabled for Life.

The October 5 date has special meaning for disabled veterans in America, as it was on that day in 2014 that the American Veterans Disabled for Life Memorial in Washington DC was dedicated.  The Memorial was the brainchild of Mrs. Pope, a Manalapan resident who conceived and spearheaded the building of the nation’s first and only permanent public tribute to the four million-plus living American disabled veterans and those who have died.

Following the Memorial dedication, Mrs. Pope spent the next two years championing the creation of the National Day of Honor for American Veterans Disabled for Life, to be held every October 5.  She worked with U.S. Rep. Lois Frankel (D-FL, 21st District), whose son served in the U.S. Marine Corps, and who introduced a resolution into Congress to officially designate the day.  The resolution was contained in the U.S. Rep. Jeff Miller and U.S. Sen. Richard Blumenthal Veterans Health Improvement Act of 2016.  The Inaugural National Day of Honor was held last year at the Memorial.

She noted that persistence paid off with both distinguished heroes.  With Secretary Brown, it took six months of phone calls to his office before she was put through to his line.  “I was so startled, I nearly forgot what I was calling him about,” Mrs. Pope recalled for the concert crowd. “But, I quickly regained my composure and asked him, ‘Why is there no memorial in this country for disabled veterans/’ He said he didn’t know.  But he also told me that he would be my partner in building one.”

This led to her interaction with Sen. McCain.  “I knew that, given his standing as a war hero and disabled veteran, having him be a sponsor of the legislation necessary to build the memorial would push it forward,” “Mrs. Pope related. So, I kept calling him, to the point he nicknamed me, ‘Mrs. Pest.’  He did sign the bill, and that made a profound difference in the memorial being legitimized and built.”

Mr. Orlando also spoke about Sen. McCain.  He explained that the legendary Bob Hope called him to perform at the Welcome Home POWs Concert at the Cotton Bowl in Texas more than 40 years ago.  As he sang his iconic song, “Tie a Yellow Ribbon ‘Round the Old Oak Tree,” he noticed that the thousands of veterans and former prisoners of war in attendance were all clapping along, except one.

“I went up to him, introduced myself, and asked him if I offended him in some way,” Mr. Orlando reminisced for the crowd.  “He lifted up and his head and said, ‘I’m sorry.  My name is John McCain and I can’t clap because I was tortured, and my arms were pulled from their sockets.  But what you couldn’t see was that I was tapping my big toe along to the music.’”

That moment began Mr. Orlando’s four decades-long commitment to the Vietnam POWs and veterans of all wars. Indeed, he has been honored with the prestigious Bob Hope Award for excellence in entertainment from the Congressional Medal of Honor Society in tribute to his efforts on behalf of veterans.  His commitment to veterans led to his being named Honorary Chairman of the 40th Anniversary at the NAM-POW’s Homecoming Celebration at the Richard M. Nixon Presidential Library in 2014.  He also serves on the Board of Directors for the Eisenhower Foundation as well as Honorary Chairman of Snowball Express, an organization that serves the children of fallen military heroes. Orlando also hosts the Congressional Medal of Honor dinner every year in Dallas, Texas to honor our Medal of Honor recipients.

“There is no greater mission in this country than to provide care and services for our nation’s heroes,” said West Palm Beach VA Medical Center Director Mrs. Donna Katen-Bahensky. “We are proud and grateful to partner with Lois Pope and the LIFE Foundation to recognize the National Day of Honor for American Veterans Disabled for Life and all the Veterans we serve who have sacrificed so much for our freedom.”

Dr. Edward Cutolo, chief medical officer of VISN 8 (Veterans Integrated Services Networks), also spoke at the concert, expressing gratitude to Mrs. Pope for her longtime advocacy for disabled veterans.  He also addressed the need for more services, resources, and programs because he said that, in addition to the known 4.2 million living disabled American veterans, “there are countless others who are living in silence and who have yet to come forward.”