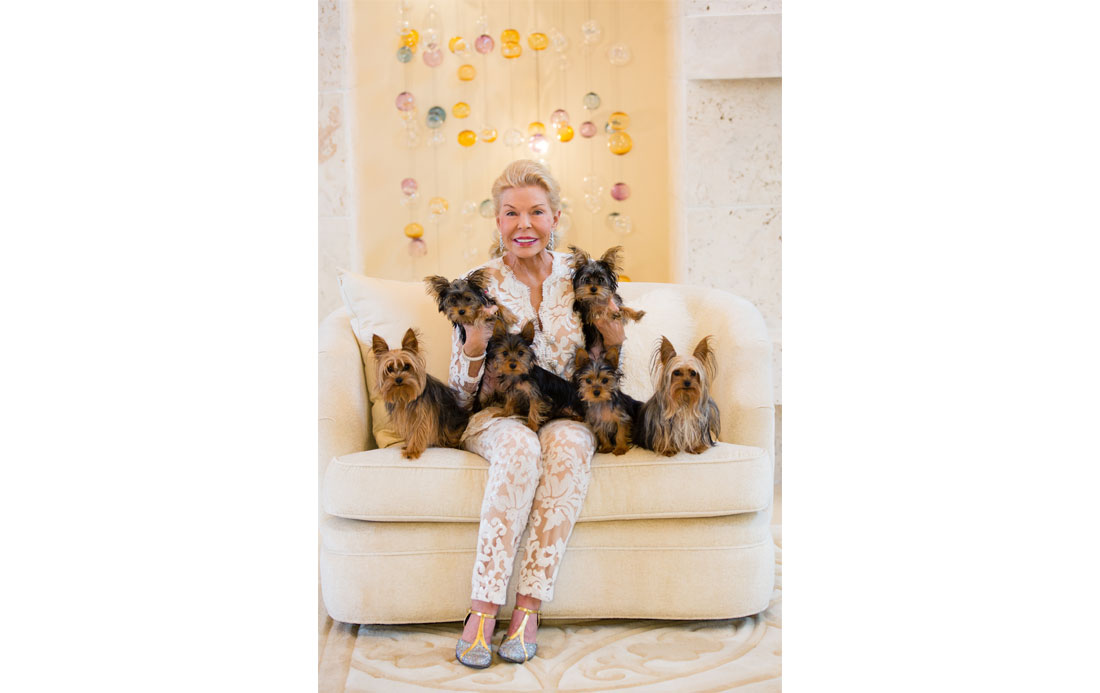 Posted at 14:18h in News by lifeadmin

Thousands of low-income Florida families who cannot afford basic medical services for their pets will now be able to access such services – from medicines and shots to medical tests, spaying, neutering, and other surgeries – thanks to the generosity of the Manalapan-based philanthropist and animal welfare advocate Lois Pope.

Indeed, Mrs. Pope announced today a $1.5 million gift to the Tri-County Animal Rescue – the largest single donation the organization has ever received – to endow its new 9,000-square-foot veterinary center. The center, scheduled to open in May, will be named the Lois Pope Pet Clinic in honor of her “unparalleled generosity,” said Suzi Goldsmith, executive director of Tri-County Animal Rescue.

“Absolutely anytime Tri-County has been in urgent need of anything, Lois Pope has said yes,” Mrs. Goldsmith said. “Her heartwarming kindness and devotion to our homeless animals has truly laid the foundation for the success of Tri-County Animal Rescue. We could not have saved the more than 63,000 lives we have without her. To call her special doesn’t do her justice. Lois is in a league of her own.”

As just two examples of Mrs. Pope’s commitment to the organization, Mrs. Goldsmith cited her generosity that enabled Tri-County to dispatch two rescue vans to New Orleans in the immediate aftermath of Hurricane Katrina in order to collect lost, terrified and frequently sick animals and bring them back to health and safety at Tri-County. And when Hurricane Irma hit Florida in September 2017 and Tri-County suffered considerable property damage, including the condemnation of one of its buildings because of a tree falling through the roof, Mrs. Pope provided funding to replace that building with two new ones to house quarantined and isolated dogs undergoing medical treatment.

Mrs. Pope’s new gift is enabling Tri-County to complete construction and fully equip its state-of-the-art veterinary center, which will offer affordable medical services to low-income families in the surrounding communities, as well as the organization’s own animals and those at other shelters. One important component of the center will be its ability to do advanced x-ray tests, thanks to a MRI machine donated by American Humane, a longtime partner of Mrs. Pope in her animal welfare and well-being work.

Of the more than seven million pets that are living in shelters annually across the nation, nearly half are euthanized. Many are healthy and potentially adoptable, but the facilities lack the space, equipment, and other services to care for them for more than a few weeks.

Since 2010, Palm Beach County has seen a slow decline in euthanasia statistics, with a 16% decrease between 2010 and 2013. Tri-County, as a full no-kill operation, has been an important contributor to this decrease, by rescuing animals from kill shelters and rehabilitating them for fostering, adoption and re-homing.

“We have a health care crisis in this country and it extends beyond humans. Thousands of dogs, cats, and other pets are being abandoned or surrendered to shelters simply because their owners cannot afford to care for them,” said Mrs. Pope, who has adopted nearly two dozen dogs and cats. “So, I’m pleased to be able to help rectify this problem in my own backyard by providing the resources so that Tri-County can finish and open its new state-of-the-art veterinary center. And I hope that my gift inspires other individuals who love and are committed to the welfare and well-being of dogs and cats to do something similar in their own communities. There is absolutely no reason for healthy, adoptable dogs and cats to languish in shelters or to be needlessly euthanized because of a lack of resources and access to affordable medical care.”

A dedication ceremony and ribbon-cutting for the new Lois Pope Pet Clinic at Tri-County Animal Rescue will be held in May.