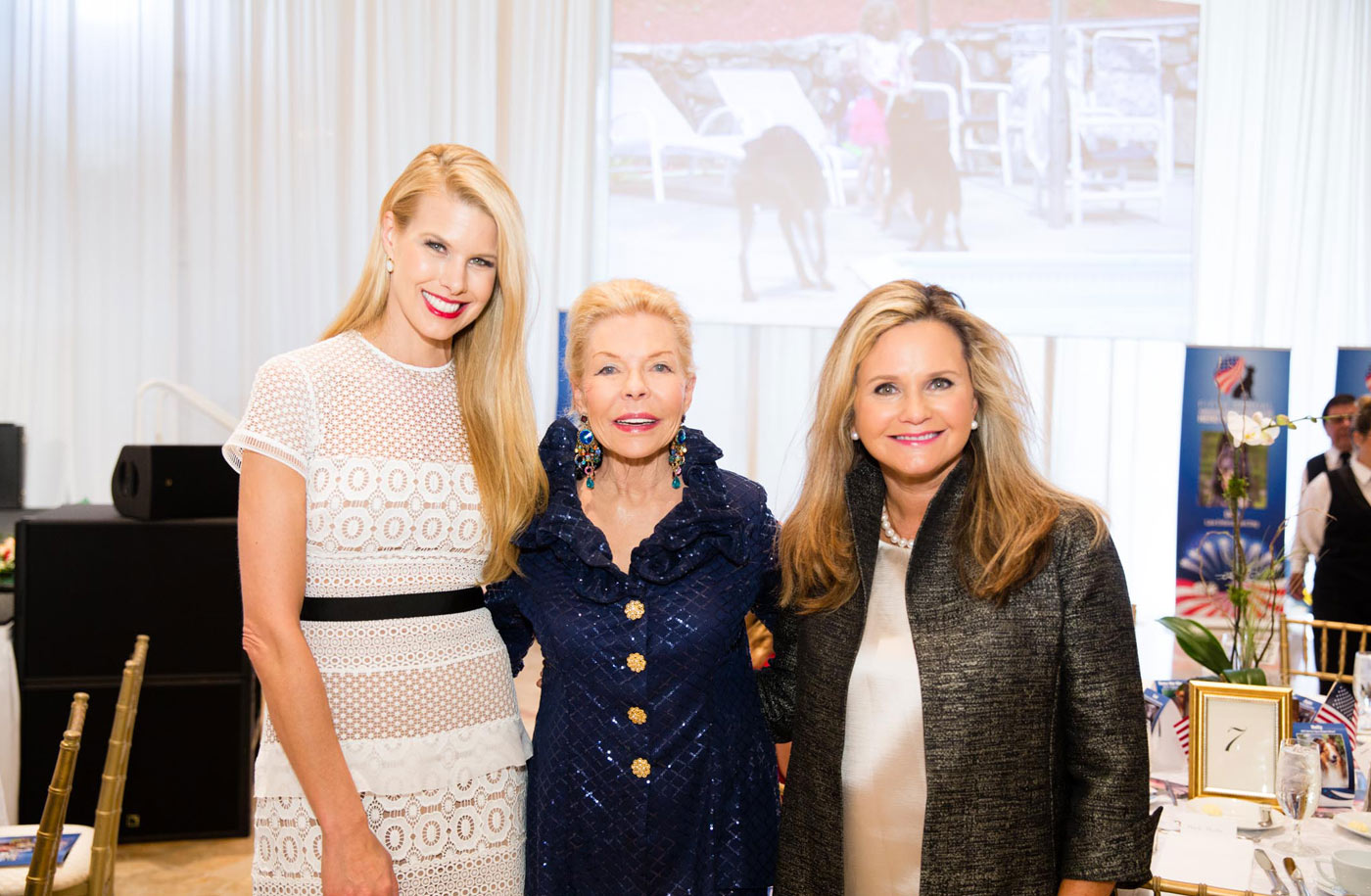 Posted at 09:52h in News by lifeadmin

There was a Harley rally here in this magnificent seaside community last week….but it had nothing to do with motorcycles!

Indeed, more than 400 people gathered at the Mar-a-Lago on March 1 to salute America’s bravest heroes on both ends of the leash, including Harley, a 15-year-old one-eyed Chihuahua who was named American Humane Association’s 2015 American Hero Dog for serving as a “voice” for the hundreds of thousands of dogs confined to puppy mills across the country. Harley spent 10 years living in a small cage in a puppy mill before being rescued, and his story was featured in the primetime television smash hit, the American Humane Association Hero Dog Awards®!

The luncheon, hosted by the internationally-distinguished Florida philanthropist Lois Pope and American Humane Association, also featured the participation of a number of two-legged stars: TV personality animal welfare advocate and philanthropist Beth Stern, who serves as co-host of the Hero Dog Awards ceremony on the Hallmark Channel; TV personality, restaurateur, and author Donatella Arpaia, who provided the recipe for the scrumptious dessert served at the event; and Dave Konig, a three-time Emmy Award comedian and TV actor, who gave a hilarious performance. The Alex Donner Orchestra provided a special musical performance.

The National Humanitarian Medal, American Humane Association’s highest honor, was presented to New York Post editor and reporter Maureen Callahan, whose writing championed the reunification of Military Working Dog Matty and Army Specialist Brent Grommet after bureaucratic mishaps originally prevented Grommet from adopting his former canine partner now in retirement. Callahan was one of the most powerful voices in the media working with American Humane Association to make this reunion a reality in 2014. Last April, Grommet and Matty met with legislators on Capitol Hill to push for changing the law to prevent a situation like this from ever happening again. The bill, containing language championed by American Humane Association and LIFE, was signed into law by President Obama on Thanksgiving eve last year.

“For thousands of years, mankind has had a special relationship with dogs, and the American Humane Association Hero Dog Awards are our way of honoring our best friends,” said Dr. Robin Ganzert, the organization’s president and CEO and executive producer of the Hero Dog Awards on Hallmark Channel. “The Hero Dogs Awards gala luncheon was an inspiring afternoon, where we offered our gratitude to so many of these courageous canines – from hero dogs who improve and even save our lives – as well as express our deepest thanks to philanthropists like Lois Pope, American Humane Association’s greatest champion, and Maureen Callahan, who uses her journalistic platform to right wrongs and correct injustices. We are thankful to all of them, and to our generous sponsors and National Ambassadors; we could not have done it without them.”

“This past weekend, the Oscars honored actors and actresses who play heroes, said Mrs. Pope. “Today, we honored real heroes….They may not be as famous as Brad Pitt or Leonardo DiCaprio, but they should be, given all the way that dogs make our lives safer, happier, and healthier. That is why I am honored to sponsor the Hero Dog Awards – because we can never forget that some of America’s bravest heroes come with four paws.”

Said Ms. Arpaia: “When I work with charities there is always a recurring theme, I like to devote my energy towards causes that involve giving a voice to those who don’t have one, from children to the sick and elderly and of course to animals. That is why it’s such a privilege to be here today. How great for me that I get to use my platform as a food personality, to celebrate these incredible animals that work tirelessly to protect, enhance and save lives and they ask for nothing in return. All they want is to be loved and in return they provide us with unconditional love.”