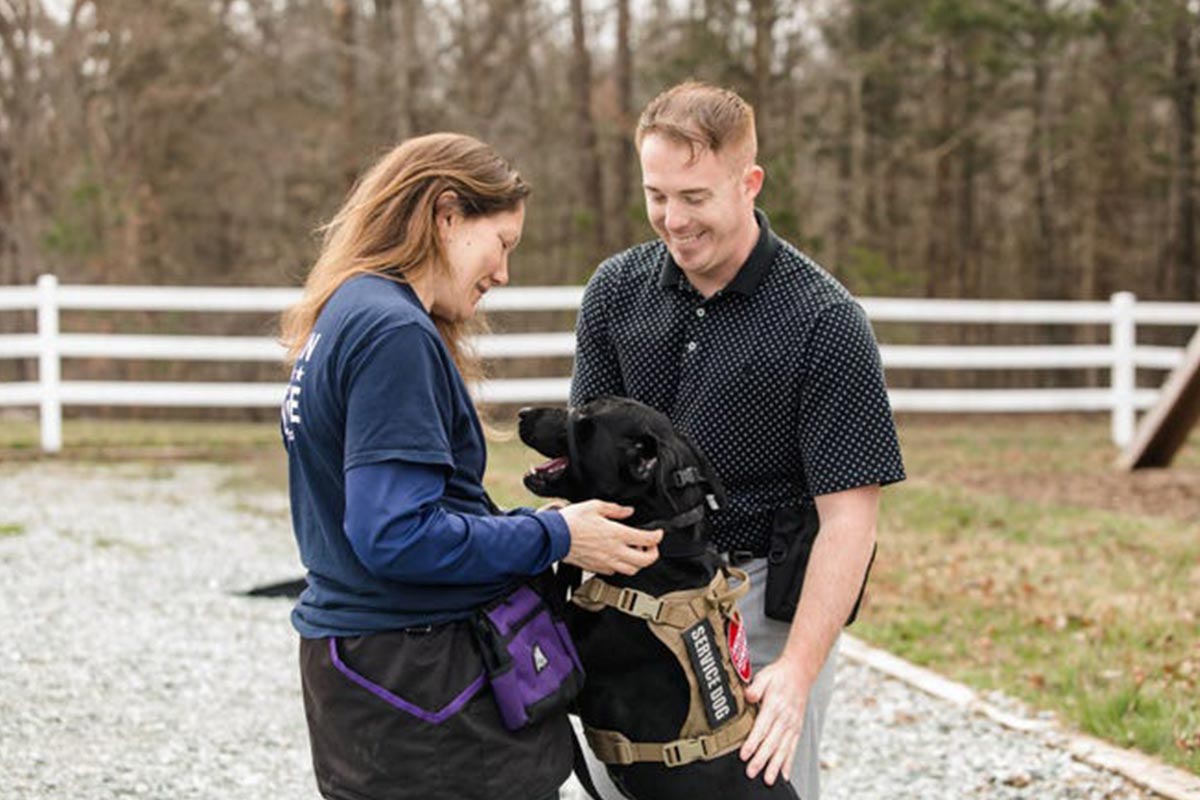 02 Apr Coronavirus distancing: Don’t forget about veterans. For them, loneliness can be deadly.

Posted at 14:11h in Blog by lifeadmin

Legislation already exists to get our service members the help they need through animal companions. We must make sure it passes and soon.

While implementing social distancing and self-isolation are exactly the right steps if the United States is to slow the quickly increasing spread of COVID-19, we need to worry about the impact these new norms will have on the most vulnerable members of society, particularly military veterans who are suffering from post-traumatic stress disorder and other mental and physical health conditions.

These courageous and selfless men and women bear the scars of war — visible and invisible — long after the fighting on the battlefield ends. In fact, even after they return home, their fight continues as they struggle to fully reintegrate into their family, professional and community lives. Far too many feel marginalized and forgotten, which exacerbates their sense of loneliness and isolation.

A recent study by the Department of Veterans Affairs highlights the problem, finding that loneliness among former service members is a considerable issue, because it is directly tied to the highest levels of depression and suicidal thoughts. “Loneliness is also associated with the lowest levels of patient efforts to manage their health and to seek help,” reports the VA.

The risk for veterans is incredibly high

The suicide rate among veterans is already 1.5 times the national average. In any given 24-hour period, nearly 20 take their own lives. Nearly 79,000 veterans died by suicide between 2005 and 2017. By comparison, 7,000 troops were killed in combat in the two decades of the war on terror in Iraq and Afghanistan. And this is despite years of well-intentioned efforts and billions of dollars spent trying to stem the veteran suicide epidemic.

Sadly, while access to high-quality mental health services is recognized as central to suicide prevention, the majority of veterans who do take their own lives — about 70% — do not avail themselves of services afforded to them at VA facilities. It is no wonder that in a recent interview with the military newspaper Stars and Stripes, Rep. Phil Roe, R-Tenn., said, “We will never solve the problem at the 30,000-foot level. … It’s got to be fixed from the ground up.”

One very promising solution is providing service dogs to veterans with mental health issues. Research from Purdue University found that veterans with PTSD do better both psychologically and physiologically if they have a trained service dog.

These canines are more than just great companions. They sense and can help ease anxiety. They take orders well, which can be very comfortable for a former service member who is accustomed to giving orders. They are social animals who help evoke feelings of love. And because they — like humans — need exercise, they offer a good reason for the veteran to get out of the house, spend time outdoors and meet new people, thereby easing the veteran’s sense of loneliness and isolation.

Many organizations are already contributing to this effort

There is an array of nonprofit organizations working to pair dogs with veterans in need, including Pups4Patriots, Dogs For Our Brave and K9s For Warriors. Each of these organizations takes dogs primarily from shelters, provides them with a year of training with specially certified individuals and then gives them free of charge to the veterans. Given that there are more than 3 million dogs in shelters in the United States, and that each year nearly one-fifth are euthanized, these organizations are saving lives on both ends of the leash.

But these charitable entities can only do so much, because it costs between $20,000 and $30,000 to train just one service dog. Governmental intervention is necessary.

Earlier this year, the House approved the Puppies Assisting Wounded Servicemembers for Veterans Therapy Act. The bill initiates a pilot program in which federal grants would be given to nonprofits that provide service dogs to veterans with mental health issues and then for the VA to assess whether the program is effective.

So far, there is no vote scheduled in the Senate on the measure. But amid the coronavirus pandemic, when veterans with PTSD and other conditions are particularly at risk because of social distancing and self-isolation, it is incumbent upon the Senate to take up and pass the legislation. These veterans fought and sacrificed so much for our freedom. Now it’s time to give them some freedom from their ongoing scars of war. That is exactly what a service dog would do.

Lois Pope is a nationally prominent disabled veterans advocate who spearheaded the building of the American Veterans Disabled for Life Memorial in Washington, D.C., created the Pups4Patriots program at American Humane, and executive produced the PBS documentaries “Debt of Honor: Disabled Veterans in American History” and “VA: The Human Cost of War.” Follow her on Twitter: @LoisPope1